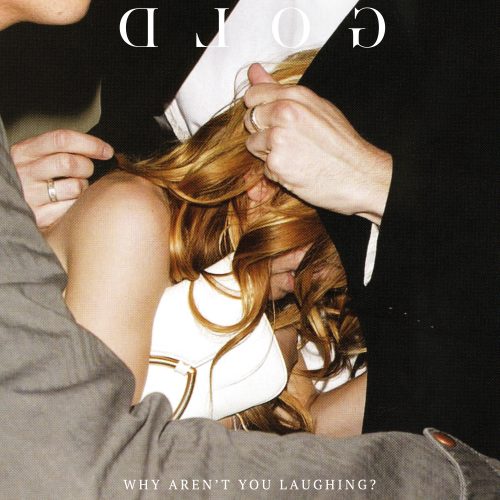 Why Aren’t You Laughing?

GOLD returns with their fourth – and finest – album, Why Aren’t You Laughing?, due out via Artoffact Records on April 5, 2019. The Dutch ensemble marry hypnotic gothic vibes with soulful heavy rock, overlaid with atmospheric, often dream-like vocals.

The multi-faceted album is complex in its construction, but by enlisting producer Jaime Gomez Arellano (Paradise Lost, Grave Pleasures), each element is given ample room to breathe – and indeed shine.

GOLD released its debut record Interbellum in 2012 on Germany’s cult label Ván Records. No Image followed in 2015 released by Ván in Europe and Profound Lore in the USA, and in 2017 GOLD released its most well-received record to date, the brooding and hypnotic Optimist. The latter was unanimously praised as a tour de force in songwriting, atmosphere, and existential innuendo. On each record, the song craft has deepened and widened as Milena Eva’s poetic lyrics and delivery have connected strongly to the depths of the soul. The band as a unit – rounded out by Thomas Sciarone, Kamiel Top and Jaka Bolič on guitars, Tim Meijer on bass, and Igor Wouters on drums – are primal and whirling; full of life, and yet a memento mori.

GOLD wonderfully blends the confidence of post-metal with the fragility of goth rock – with electrifying results. Recalling the experimentalism of Godspeed You! Black Emperor, the dark and sweet beauty of Kristin Hersh and Throwing Muses, but firmly rooted in a powerful, yet artsy rock vibe, GOLD have tapped into something truly unique.