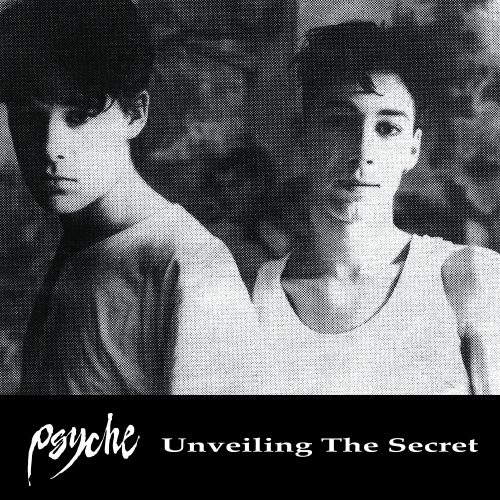 Released 30 years ago on the great New Rose label, Psyche’s Unveiling the Secret is in many ways the quintessential underground 80s synthpop achievement. Lauded by fans and praised by generations of musicians including Sven Vath, Joris Voorn, and Eskil Simonsson (Covenant), the album’s title track has attained that rare status of an enduring cult-classic.

And if that is all that this album had going for it, that would be saying much. But there is so much more: tracks like The Saint Became A Lush, equally a powerful dance classic itself, recently appeared on Trevor Jackson’s famous Metal Dance series, and Prisoner to Desire, which remix producer Joseph Watt of Razormaid fame claimed was a “darker tougher synth pop than Erasure,” is as good as the genre gets.

It’s no wonder that this record of all Psyche’s records is consistently said to be the greatest. It is on this record that Darrin Huss really perfected his vocal style and range, from the sublime melody on Prisoner to Desire, to the controlled chaos of the underrated but masterful Lord Unleashed, to the explosive punk delivery of Caught in the Act, or even the balladesque Taking Chances. Every composition on Unveiling the Secret is a keeper. It’s one of those albums that blows you away anew each time, and yet feels like a new album no matter the passing decade.