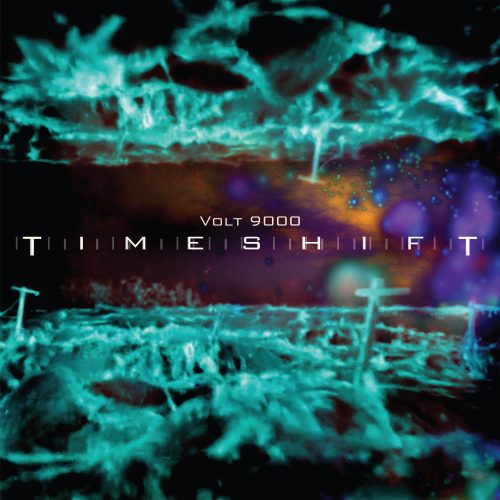 Toronto-based duo Volt 9000 return with their fifth album and second for label Artoffact with Timeshift, the first vinyl release for the project. A slow, 11-track, patience-is-a-virtue album that makes the previous album Conopoly sound like a speed rush, Timeshift is as cerebral as industrial music gets with a beat. Singer Cory Gorski’s questioning and suspicious lyrics are front and center in the high-vocal mix, and previous comparisons to Ohgr are increasingly difficult to make as the band matures their sound, a kind of Snog meets “Felines” by Front 242 exploration into groove.

“The album was made with vinyl in mind: we wrote, mixed, and had it mastered for the medium,” says Gorski. It’s a space-y record, one that will surprise you with its silent, quiet moments. Drop the needle, sit back, and let Volt 9000’s dark moodiness take over.

“A distinct creative voice that has not only improved with each release, but is getting steadily darker and more threatening, moving away from 8-bit nostalgia and into chilling new speculative worlds.”
-FEARnet