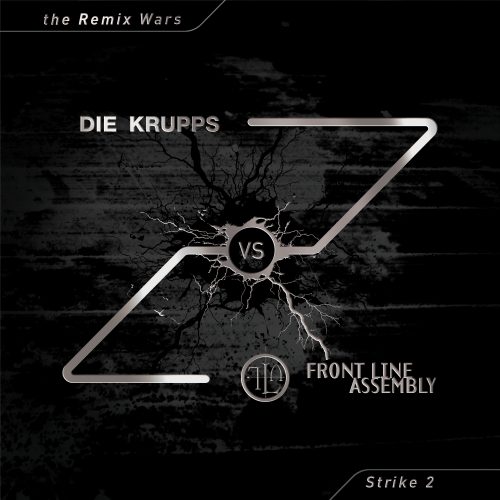 The concept of The Remix Wars was simple enough: two artists remix one another and release the results on a collaborative CD. The idea had been done before (see the KMFDM vs. TKK remix 12″ from 1990), but never on such a grandiose scale, and never with such a breadth and depth. First, the artists: a pair of 1990s EBM/industrial bands in wumpscut vs. haujobb; a pair of classic 1980s bands who had taken a decidedly metal spin on industrial in Front Line Assembly vs. Die Krupps; and a pair of then-new bands with a new spin on industrial, EBM, and rock in 16 Volt vs. Hate Dept. Second, the collaboration between labels: 21st Circuitry, Off Beat, Cleopatra… and Metropolis would join the fray in 1999 for Volume 4. And, finally, the desire to experiment and re-work tracks, not simply to make a club hit but to authentically give voice to a different artist through the lens of technology.