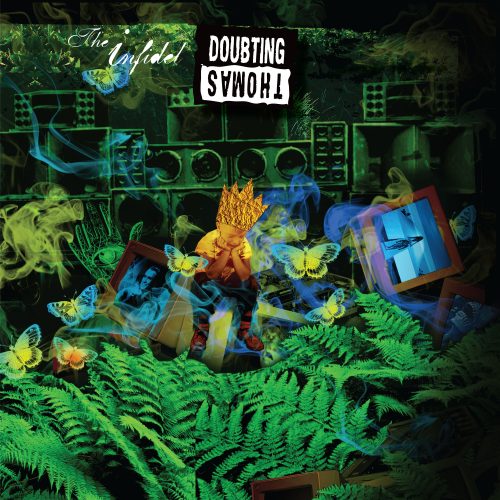 Originally released on the seminal Wax Trax! label, the Doubting Thomas sessions were recorded in between sessions for VIVIsectVI and Rabies, by Cevin Key and Dwayne Goettel (Skinny Puppy) and also featured the talents of Tom Ellard (Severed Heads). This incredible triple-vinyl reissue is fully authorized by Cevin Key and includes the entire Infidel album remastered, plus the Father Don’t Cry EP.

Doubting Thomas started as a collaboration between Key and Goettel, when tracks that didn’t fit for Skinny Puppy were collected and stored for later use. By 1990, the two had enough material for an EP, and Wax Trax! released the now-classic and essential Father Don’t Cry on 12″ vinyl. Later in 1991, Wax Trax! released the full-length The Infidel, which to date has never been issued on vinyl. An anniversary edition on CD came out on Key’s own Subsconscious imprint in the mid-2000s, but a vinyl version remained elusive, until now that is.

Toronto-based Artoffact Records is proud to announce a definitive triple-vinyl edition of The Infidel, complete with Father Don’t Cry, and packaged in an out-of-this-world triple gatefold sleeve, with restored artwork and remastered audio. Available on black and green vinyl.