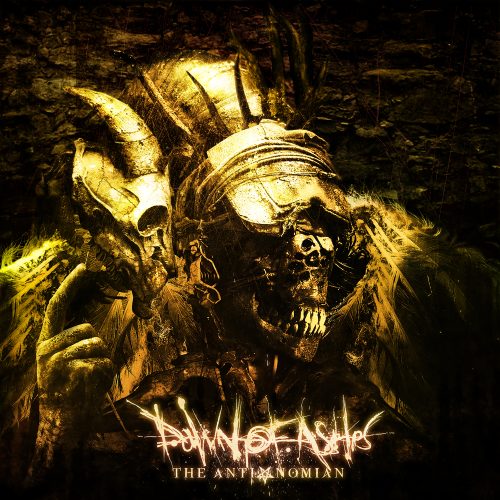 The band’s career exploded shortly after, signing to Metal Blade and scoring the support slot for Polish metal juggernaut Dimmu Borgir and Enslaved all the while transforming their early sound to a blistering blend of blackened metal and screeching industrial. The band’s reliance on shocking imagery, horror content, and topics from occultism and the left hand path earned them a dedicated fanbase early on, as they continued to experiment with 90s-era industrial, hardcore, and black metal.

In 2019, Dawn of Ashes signed with Toronto-based Artoffact Records and will release new album The Antinomian (July 2020) that focuses on front-man Kristof Bathory’s love for 90s style industrial that will appeal to fans of the classics such as KMFDM and Ministry, new blood like 3TEETH, all the way staying rooted to the black metal ethos that first earned Dawn of Ashes its dedicated fanbase.