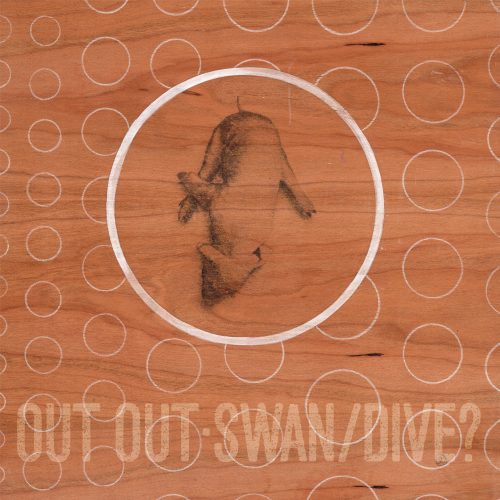 American industrial project Out Out returns–true to form–with Swan/Dive?, a politically charged monster of EBM, guitar industrial, and hard electronica.

After some independent rarities collections, a best of and some new material offered via Bandcamp and previously on his own label, Radio Valkyrie Records, Mark Alan Miller is back on a record label, this time Toronto-based Artoffact Records, where Out Out will release a seriously amazing comeback album of electrified EBM that is as true to the project’s roots as it is a forward-thinking, political statement of aggressive rebellion and socio-political observation.

Formed originally in 1989, Mark Alan Miller’s industrial project Out Out has been through various incarnations over the years, mutating from an EBM band in the early 90s to incorporating guitar-industrial sounds to more experimental soundtrack work released in the 2000s. Originally signed to Tackhead’s Axis Records, Out Out was one of the earliest signees to US-based Metropolis Records, and is still probably best known for the club hit Admire The Question.

Swan/Dive? will be released on 2CD, vinyl, and digital formats. The vinyl will be available as a special limited edition clear-wood coloured vinyl, as well as a standard black vinyl. Both vinyl editions come with an insert. The 2CD comes with a special bonus disc with 14 bonus remixes, including those by Ego Likeness and Jeff Hudson.
credits