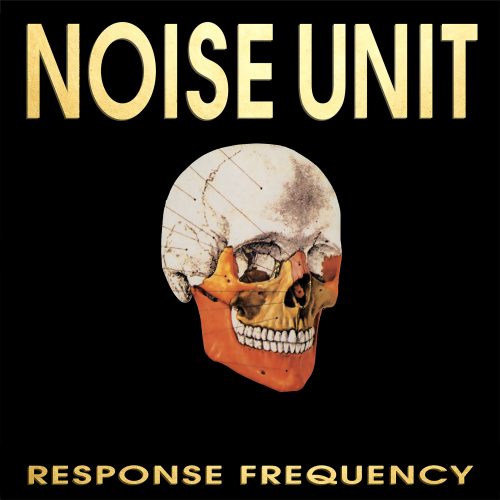 1990 saw the release of Response Frequency, the second Noise Unit album. Rhys Fulber (Front Line Assembly, Delerium) also joined the band, and the album features guest appearances by Marc Ickx (A Split Second) and Luc Van Acker (RevCo). Thus, the Belgian-Canadian collaboration is only heightened on Response Frequency, creating a unique sound that is unparalleled on releases from that era.

The album spawned a double A-side 12″ single, Agitate/In Vain, on which Bill Leeb rocks as a vocalist, with exactly the aggression and feeling found on albums like Caustic Grip (released in the same year).

Toronto-based Artoffact Records will reissue Response Frequency on vinyl and CD, including the bonus Agitate/In Vain 12″ mixes. The vinyl edition comes on two slabs of vinyl, one 12″ and one 7″, and is housed in a faithful reproduction of the original sleeve. The artist and title lettering has been redone in gold-foil, giving the final product an elegance it truly deserves. All audio is remastered and fully authorized.