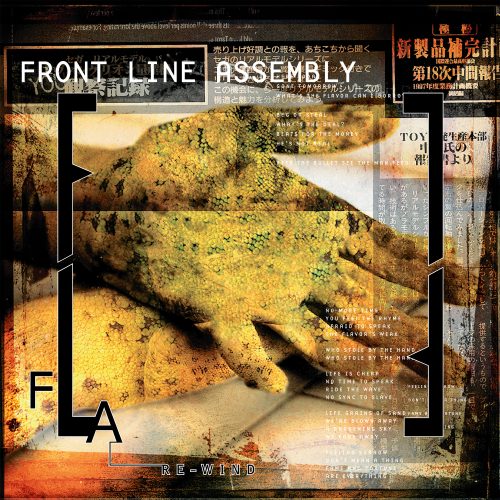 Front Line Assembly seems to release a remix album every decade or so, and each time Bill Leeb and crew select a vibrant group of artists to spin FLA into new directions. To kick off the 30th year anniversary of FLA’s formation, Artoffact Records presents two authorized vinyl reissues of Front Line Assembly remix collections, both for the first time ever on vinyl.

The first remix album that saw light was released as a stacked double-CD in 1998. Re-Wind was a 14-track monster that featured the incredible talents of Front 242, Collide, Tim Schuldt, Kalte Farben, Eat Static, Cydonia, and Finitribe on remix duties. An additional seven remixes were executed by Front Line Assemmbly themselves, resulting in a 14-track document that stands up today as an amazing cross-fertilization of techno, EBM, and industrial sounds.