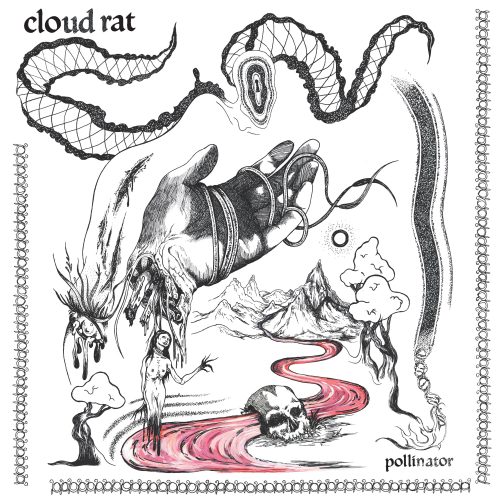 Over the past ten years, Cloud Rat has established itself as one of the most compelling bands in the underground. Over a staggering number of releases – four full-length albums, eleven EPs and splits, a live album, and various other comps, in one decade – the Michigan band has made a name for itself via sheer emotion and musical freedom.

NPR Music called Cloud Rat’s 2013 album, Moksha, “a feral, fearsome and fearless piece of work.” Noisey described a live show in 2015 with these words: “Cloud Rat is one of those rare bands whose music connects instantly, painfully – you feel the words, the riffs, and the all-consuming cacophony deep within the marrow of your bones, vibrating out into a hostile world.”

Emerging from the space where hardcore punk spirals into grindcore, Cloud Rat is that and so much more. The band knows no limits and incorporates influences from across the map – black metal, noise, doom, goth, folk, and beyond – all while retaining its realness and urgency.
The first edition of Pollinator is released in a limited 2CD digipak and includes an entire bonus CD of eclectic, experimental material, with elements of industrial, acoustic, drone, noise, and shoegaze. A limited splatter vinyl is also available.

Cloud Rat have taken grind to the next level on Pollinator, and it’s vicious.