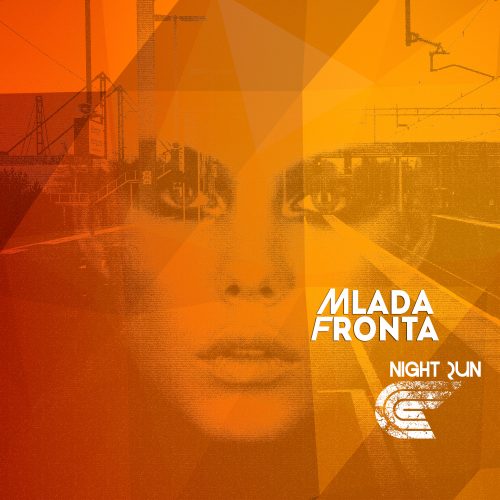 It has been 9 years since the last brand-new album from French electronic artist Remy Pelleschi, better known as Mlada Fronta. Last year’s epic “Every Thing” 10CD boxset on Artoffact Records caught the eyes and ears of the likes of Exclaim! Magazine, who referred to it as “a glittering sonic gem.” Now, after a break in output Mlada Fronta is ready to release the latest installment in its exquisite career: the CD Polygon (13 tracks), and its companion piece on vinyl, Night Run.

The sounds on Polygon tend towards progressive electro and techno dance music. The project’s more ambient or industrial moments take to the background to give way to a more electronic sound. A concern for the body is pushed to the fore. The name Polygon here may be instructive: many-sided, literally. The techno forays of Pelleschi’s project draw on a host of influences, from Digitalism to fellow country-mate Gesaffelstein, to The Hacker or even Underworld.

The body here is pushed and pulled, *shaped*, in-shape, out-of-shape; in perpetual motion, or at least trying. While most artists claim to be pushing boundaries, Mlada Fronta explores boundaries themselves, and the electro sounds are, like a polygon itself, or like our bodies, enclosed; disciplined.

Similarly, Night Run, the vinyl companion, evokes a perpetual motion while providing a comprehensive side to the techno elements of Polygon. The tracks here explore what it might be like if our enclosures were truly limitless, and the music is therefore more open and wild, bursting with life!

Polygon is released in a beautiful 6-panel digipak with exclusive 28-page booklet. Night Run is released on 12″ vinyl and comes on black vinyl (200 copies) or collector’s orange (100 copies). Both albums are released through Artoffact Records and available late 2014.