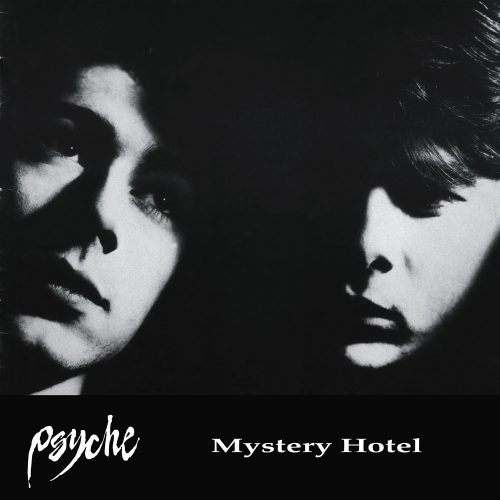 Following the success of Insomnia Theatre and Unveiling the Secret, Psyche turned to a classic wave sound on their third and most polished album, Mystery Hotel. While the industrial influence heard on earlier material is less pronounced, Mystery Hotel is in many ways the darkest Psyche album. The demons are alive on tracks like Wake the Flood Unconscious, Nocturnal Passenger and The Outsider, and even poppier numbers like Eternal and Insatiable are, at their core, still melancholia at its finest.

But the tone of this record, and the key to its brilliant longevity, is the blues influence which is sometimes hidden but sometimes, like on the opener Make No Mistake, out in the open as if to say ‘yeah we do blues and new wave so what.’ When singer Darrin Huss croons HA HA HA HO, he’s not just echoing the synthline; he’s challenging the whole synthpop construction. Uncivilized, inspired by the brother’s fervent joy of ZZ Top, captures this tension perfectly.

On Mystery Hotel, Psyche take Soft Cell and The Doors, and roll them into one crazy insomniac beast. And it works so well you don’t mind being one of the insomniacs yourself: Insatiable is an earworm if there ever was one, and Wake the Flood Unconscious is just about the slickest under-three-minutes hangover track you’ve ever heard. And then there’s the brooding, dense marshland that is The Outsider, a synthpop track that borders on psychedelia and shimmers with a brilliance that is possibly unmatched in the Psyche catalogue.