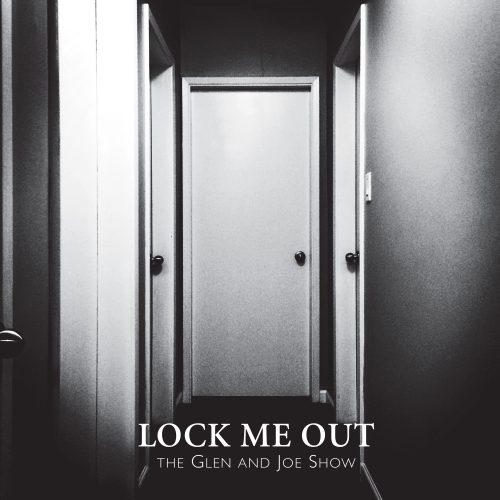 Formed to perform live on October 31st, 1982 opening for Al Nelson’s (later of Hilt) Politik Krash, The Glen and Joe Show is a synth based project that grew out of the bubbling brew of Vancouver musicians at the time.

In the Spring of 1983, after Images In Vogue returned from their first Canadian tour and fresh off being signed by Warner Canada, IIV members Glen Nelson and Joe Vizvary spent some time in Mushroom Studios with producer Dave Ogilvie and created a New Orderesque synthpop track called Lock Me Out. The project was never meant to be Images in Vogue, and so they dubbed it The Glen and Joe Show, a sort of summery, light-hearted break from the stressful life of major labels and big-time tours.

Featuring Glen Nelson’s wonderfully melodic vocals and a cleverly catchy chorus, as well as some classic synth sounds courtesy Vizvary’s Prophet 5, Lock Me Out is the quintessential long-lost hit — literally kept in a drawer for 30 years — but able to transport you to 1983 from the moment the lush synth chords clash with their percussive flare.

While the Glen and Joe Show did not record again until 2007, it remains a pivotal project in the history of Vancouver’s early electronic scene. Vizvary and Nelson went on to release a string of very successful singles with Images in Vogue for Warner, and producer Ogilvie’s next project turned out to be Skinny Puppy.

Artoffact Records is proud to present Lock Me Out as a 7″ vinyl, remastered from the original tape. The single includes the instrumental b-side Gravel, originally written and recorded in 1983, re-recorded for this release in 2015. 100 units will be pressed on white vinyl, and a black vinyl edition is also available.