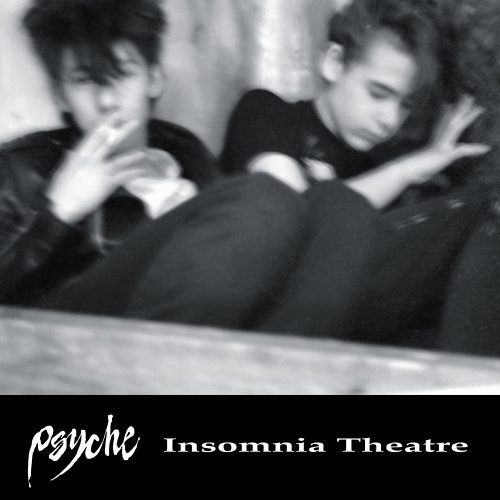 Originally self-released in 1985 as a single LP, Insomnia Theatre was Psyche’s first album. Its brilliant style mixed dark electronics, new wave, industrial, and horror in ways that–back then–were quite shocking to its first Canadian audience, and which today are seen by synth music aficionados as a master work. With classic cuts The Brain Collapses, Maggots, Eating Violins, and Children Carry Knives, the album made its way to Europe where it was licensed by the pioneering French New Rose label. It also drew accolades from Melody Maker and NME, both of whom loved the record.

Sounds Magazine praised Insomnia for being “dirty in these limpdick times”–which more or less says exactly what anyone could ever want to have said about their debut.

The Artoffact Records reissue is completely remastered and includes several bonus tracks which have never before been released. The base of the recording is the original Canadian LP Mix, with the addition of several tracks from the New Rose 1985 edition, plus bonus tracks from the Contorting the Image EP (1986) and the very rare Unleashed cassette (1988). Singer Darrin Huss personally selected all the bonus material, including the never-before-heard Ice and Mind Over Matter.