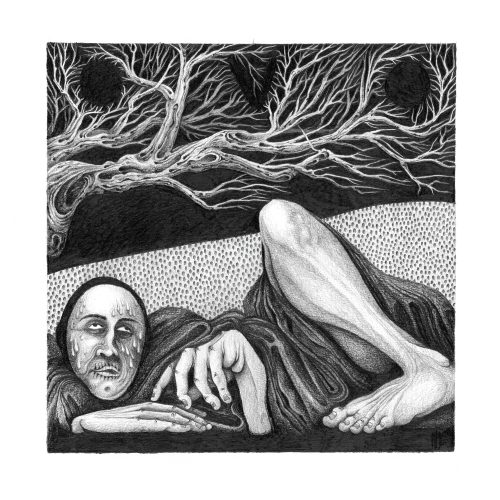 In their 22 years as a band, OvO has never slowed down. With this, their 10th studio album, they are continuing the tradition of cathartic release through savage expression. Having played more than 1,000 shows, a host of singles, and collaborative albums, they are known throughout the world for their unique presence.

Genre-expansive, OvO brings blackened elements to the forefront of a noisy canvas with sinister drone underpinnings. Like the soundtrack to your deepest fears, Ignoto is an album both profound and unsettling.

“Ignoto is a sludge vision, or nightmare, that plays on the border between life and death, starting from sci-fi inspiration. But we all know that reality can be much worse.” the band elaborates.

OvO members Stefania Pedretti and Bruno Dorella are known for creating sounds that are both primitive in their simplicity and futuristic in their execution, with Pedretti’s theatrically dark vocals overlaying everything. Their minimalist approach, with only two members, one of whom plays half a drum kit, brings forth a level of malice punctuated by passionate and hard hitting drum beats, punchy riffs, and swaths of feedback. An ambitious exploration of sound, that is beyond classification.

OvO has crafted an undeniably fresh and interesting take on their sound on Ignoto. One that walks a tightrope between the genres, but remains punishingly heavy throughout.