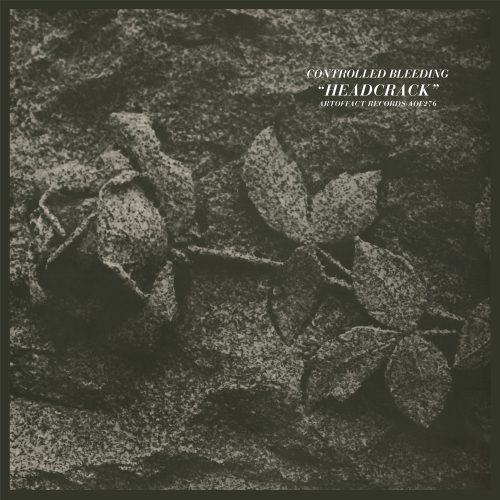 Released as a vinyl-only album on Sterile Records in 1986, Controlled Bleeding’s Headcrack is a monumental album that saw Paul Lemos and crew delve into experimental soundscape art-music even deeper than on previous releases. A new fascination with vocal chant, acoustic guitar, and piano-led oddities emerges, with a warmth and beauty that serves as a counterpoint to earlier power noise experiments. The record has been praised for its masterful working in the ambient and heavenly voices genres, but on pieces like Dry Lungs, it is evident that something different is going on: industrial scraping and twisting are all over the place, but, perhaps owing to the sublime atmosphere of the record, one hesitates to call the sounds tortured. The result is a glorious weaving of different styles.

Headcrack is, in its way, the most hopeful of Controlled Bleeding records, and Artoffact is proud to reissue this masterpiece with remastered audio, updated cover art, and, for the first time, on gorgeous blue vinyl and black vinyl.