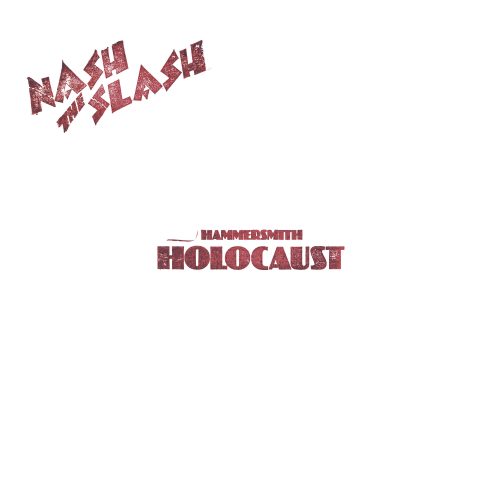 The rarest Nash the Slash release was Hammersmith Holocaust. Recorded live off the soundboard in 1980, Hammersmith has almost mythical status. It captures a young Nash supporting Gary Numan at his famous Hammersmith Odeon show, performing Children of the Night, Wolf, Smoke on the Water and other classic cuts.

Artoffact Records reissues Hammersmith Holocaust in an expanded gatefold sleeve, complete with a replica of the original insert, printed inside the fold. As a special bonus, Gary Numan, without whom the live show would not have happened, has written a wonderful piece for the liner notes, explaining why he invited Nash to be his support, as well as how influential Nash was over the years.

The vinyl is remastered, the artwork is restored, and the entire package comes on limited black vinyl