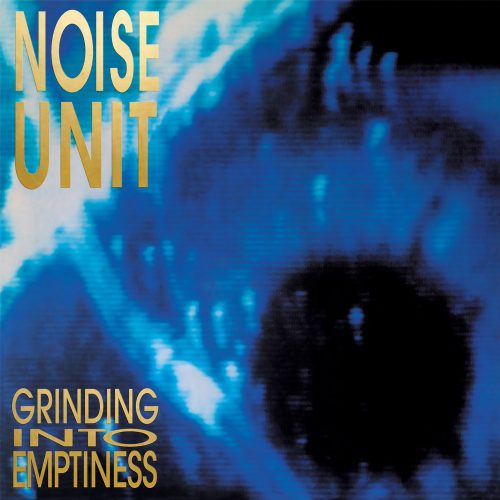 Featuring the original line-up of Bill Leeb (Front Line Assembly) and Marc Verhaeghen (Klinik), the first Noise Unit is a minimal industrial-EBM hybrid, perhaps best described as a pared-down Front Line Assembly. And yet it has a style and voice all its own, as Belgian cold electronics meet the signature Canadian, Vancouver industrial sound of the mid-80s. From the opening shouts of the original single Deceit, to the cold, low-tech of Dry Lungs or the familiar samples of Ritualistic, up until the incredible ambient closer, The End, Grinding Into Emptiness is magnificent.

The Artoffact Records reissue comes on two slabs of vinyl, one 12″ and one 7″, and is housed in a faithful reproduction of the original sleeve. The artist and title lettering has been redone in gold-foil, giving the final product an elegance it truly deserves. All audio is remastered and fully authorized.