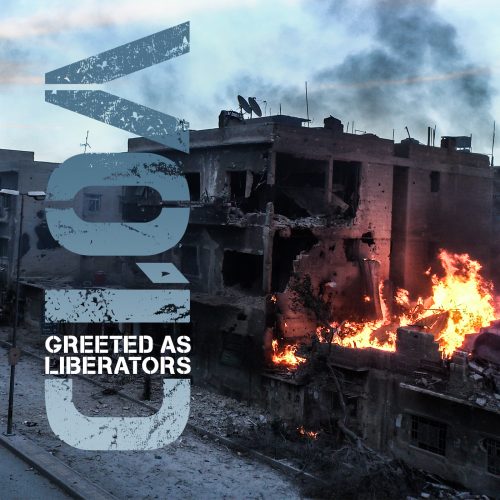 Genre-agnostic, but drawing inspiration from post-metal, experimental techno and old-school industrial, Toronto-based v01d has been quietly writing the follow-up album to his amazing 2009 debut. The new album, Greeted As Liberators, is the result of several years’ work, revision, and a level of perfectionism rarely found amongst industrial-metal groups, and it is quite the understatement to say it’s been well worth the wait.

V01d is a one-man project but at the same time a world of its own, a kind of obsession amongst the few in the know. Incorporating odd time signatures designed to challenge the listener, guitars, shouting, synths, and vocoder, Greeted is a serious challenge to both the status quo of the industrial scene as well as a revolt against its subject matter: imperialism, war, misogyny and racism.

Greeted As Liberators will be released as a beautifully designed double CD digipak, limited to 500 copies worldwide. The bonus disc Prototype is actually the shockingly amazing debut V01d album, which was never released but has been go-to listening at Storming the Base HQ for the last decade. Yes, it’s that good!