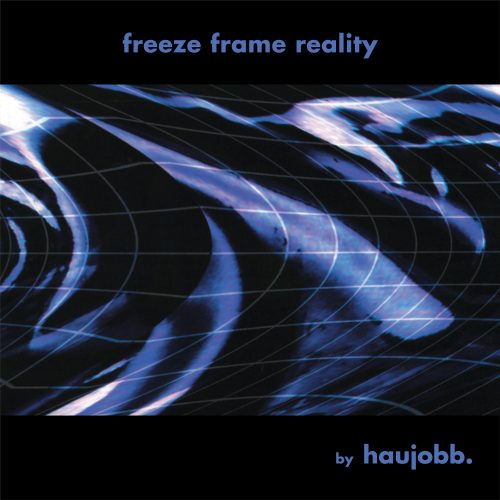 Out of print on CD and yet considered to be the album that transformed a promising industrial act to what is now one of the most innovative projects of the last 20 years, haujobb’s Freeze Frame Reality was a monumental release when it first surfaced in 1995. It certainly felt like a revolution then. Today the inspired album is overshadowed by the much more successful Solutions for a Small Planet, and yet it still brought us some of the best-loved haujobb songs,Dream Aid, Nezzwerk, and World Window to name a few. And it is on Freeze Frame Reality that the first hallmarks of “the haujobb sound” emerge, namely the mixing of techno and industrial, the sci-fi synths, and–above all–the incredible pacing, the slow emerging-ness of the songs.

What this record needs most, though, is a good remastering.

So that was the departure point for this Artoffact Records vinyl edition. Haujobb’s own sound-man Manu (owner of LeafAudio) has all but recreated Freeze Frame Reality, bringing up elements previously lost, giving muddy sections some breathing room, and taking the album to a new level.
So–yes–Freeze Frame Reality will be released this summer on double-LP vinyl, but believe us, you have not heard Freeze Frame Reality until you experience this remaster. Released in a gatefold sleeve with restored cover images.