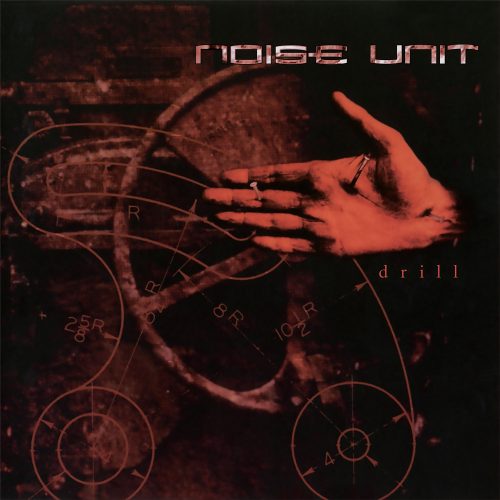 Noise Unit’s Drill appeared 20 years ago on the notorious Off Beat label and featured input from Marc Verhaeghen (Klinik), as well as members of Haujobb. The core duo of Bill Leeb and Rhys Fulber were of course still at the helm, and the result was a more future-electro sound that combined the earlier EBM beats with the techno style of Decoder.

The album has long been a favourite amongst Front Line Assembly and Noise Unit fans, but has never been properly reissued and a vinyl version never appeared.

The Artoffact Records reissue presents Drill as a double-LP vinyl, lovingly remastered and presented in a beautiful gatefold sleeve. The release features music on three sides, and the fourth side will sport an incredible etching, based on the iconic cover art.