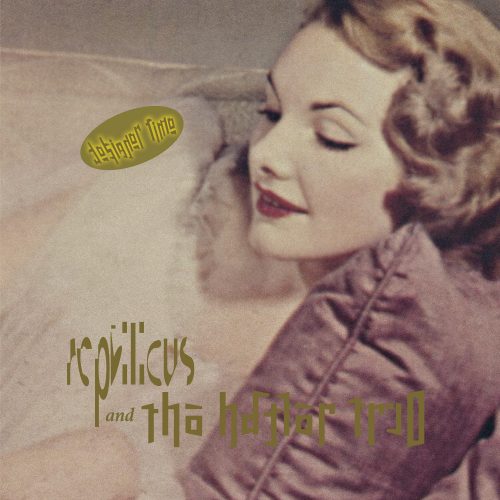 The classic Staalplaat release has never been issued on vinyl.

Reptilicus (Guðmundur I. Markússon and Johann Eiriksson) met industrialist extraordinaire and only constant member of The Hafler Trio, Andrew M. McKenzie, in 1991 when he was visiting Iceland with artist Carl Michael von Hausswolff. This was the beginning of a fruitful collaboration which lasted for several years. During this period, McKenzie moved to Iceland where he lived for over a decade, having a considerable influence on the Icelandic experimental and electronic scene, among them artists such as Curver and Johann Johannsson.

In the beginning of 1992, Reptilicus found themselves with McKenzie in a huge freezing chamber of a derelict slaughterhouse (which was later to become the lodgings of the Iceland Academy of the Arts). They were accompanied by Indriði Einarsson of electro-performance pioneers Inferno 5. In the freezer, they recorded various sounds that were later subjected to sampling and software manipulation. The results, which combined a layering of noise, ambient and rhythm with a pinch of the unforeseen, were released on CD by Dutch label Staalplaat in the beginning of 1994 under the joint names of Reptilicus and The Hafler Trio. The title, which is a pun on “designer drugs”, refers, on the one hand, to the idea of a form of time that is designed, artificial, and man made, and, on the other, to the genres of mood, easy-listening and muzak, as is evident from the sleeve design.

Reptilicus continues the band’s collaboration with Toronto-based Artoffact Records, who are no stranger to the Icelandic music scene, having released records from Kælan Mikla, Sólveig Matthildur, Legend, and other Reykjavik-based artists. Artoffact released Reptilicus’ Unison in 2018.

Designer Time will be reissued on Vinyl, CD, and digital formats on June 4th, 2021.