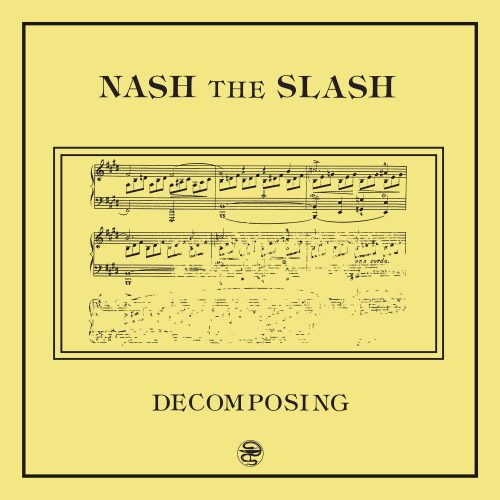 Decomposing is one of the treasures in the Nash the Slash discography. It includes perhaps his most loved song, Womble, the iconic status of which was confirmed when Trevor Jackson included it on his Metal Dance release for Strut Records. Three other (de)compositions round out the release, each as excellent as Womble, and each with a personality of its own.

The original 12″ was released in 1981, when Nash claimed that it was the first record ever playable at three speeds: 33, 45, and 78 RPM. The original release is extremely rare, having been issued only by Nash’s own independent label Cut-Throat, and, unlike other early Nash releases, never licensed to Europe.