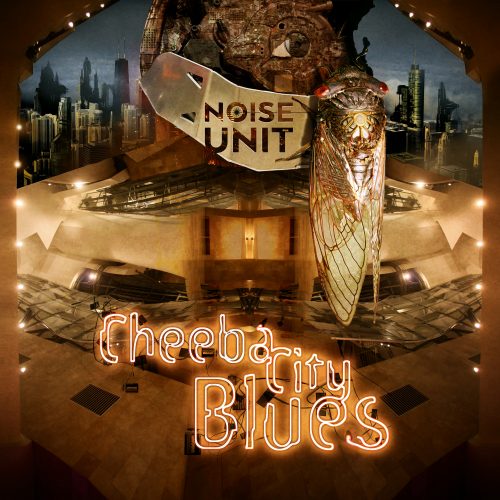 The unavoidable, staggering and pioneering Bill Leeb of Front Line Assembly fame is back and in full force with industrial project NOISE UNIT. Today, Noise Unit announces the release of stunning full-length offering Cheeba City Blues out October 21st, 2022 via powerhouse label Artoffact Records and share first single “Alone Again”. The full-length is in honour of the late electronic genius Jeremy Inkel (also of FLA fame) whose music is featured throughout.

The album title, Cheeba City Blues, references William Gibson’s novel “Neuromancer” set in Chibi City, Japan. It is considered one of the first in the cyberpunk genre, prompting Noise Unit to explore the various stylistic differences in cyberpunk, industrial and electronic/EBM in-depth. This mechanical miasma is nuanced and multifaceted yet recalls the essence and fluidity of Front Line Assembly. A true masterpiece, the record captures the enthralling soundscapes championed by Leeb and Inkel like no other. With arguably two of the most profound pioneers of the genre, Noise Unit is a force to be reckoned with.