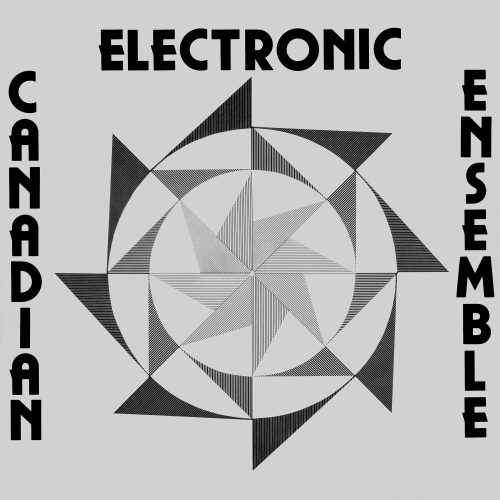 David Grimes, David Jaeger, Larry Lake, and James Montgomery met at the University of Toronto in the early 70s and formed The Canadian Electronic Ensemble in 1971. The group was one of the first in Canada–if not the very first–to experiment with electronic synthesizer music, and to this day remains one of the longest-running electronic groups in North America.

In 1977, Music Gallery Editions, (currently housed at the archives of York University) released the Ensemble’s first record, a self-titled LP with three brilliant compositions, Arnold, Whale Oil, and Piano Quintet. The three timeless compositions were recorded using state-of-the-art analogue equipment at the time (the EMS Synthi A, the Arp Odyssey, the Roland SH-5), as well as a synthesizer called “Dyna-Soar,” designed by Jaeger and Montgomery.

The vinyl-only LP has of course been out of print for years, and the album has never been reissued on any medium. With audio restoration help from Paul Stillwell, the recordings have now been brought back to life, restored and remastered, and the historic debut from the CEE is now being made available again and for the first time on CD and digital formats courtesy of Toronto-based Artoffact Records. The original LP cover design by Sharon Grimes has been retained as the CD booklet cover.