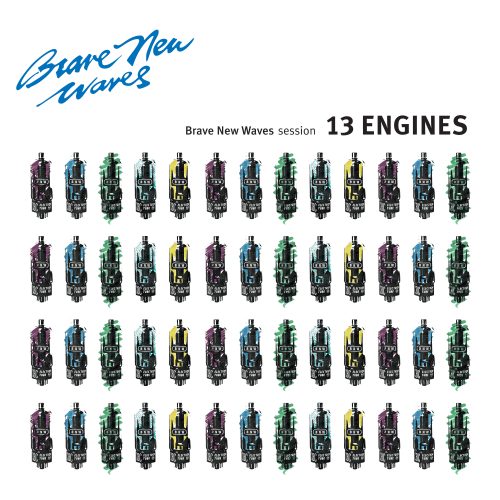 Best known for their hit “More” from 1993’s Perpetual Motion Machine, 13 Engines formed in 1985 and released two independent albums before finally landing a record deal in 1991. The band toured with The Tragically Hip and went on to produce a final album, Conquistador, in 1995.

Formed by John Critchley, Mike Robbins, Jim Hughes and Grant Ethier in Toronto, 13 Engines’ brand of rock was way ahead of its time in the mid-80s, well before the alternative rock craze hit the mainstream. The band is impressive on their Brave New Waves session, captured by Kevin Komoda in their prime, complete with fuzzy guitars and the magic vocals of John Critchley. The 13 Engines Brave New Waves session was recorded on August 8th, 1989 and first broadcast in November of the same year. The recording is taken from the original CBC Archives’ tape and remastered at Grey Market Mastering in Montreal, by Harris Newman.