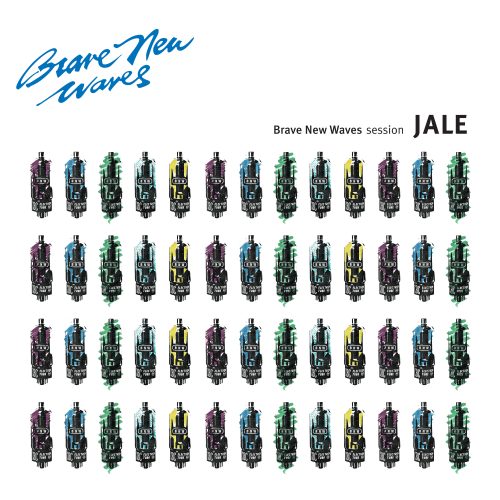 Jale was formed in 1992 by Eve Hartling, Alyson MacLeod, Jennifer Pierce, and Laura Stein. Along with Sloan, Eric’s Trip, and others, Jale was part of the “Halifax scene” that caught the attention of labels in the early ‘90s, and one of the band’s singers, Jennifer Pierce, was backing vocalist for Sloan on Smeared and other releases. Landing a record deal with Sub Pop Records, Jale released their debut Dreamcake in 1994, followed by a second album, So Wound, in 1996.

Jale’s style is a mix of power pop and grunge, and although the band wears its “Halifax sound” influences on its sleeves, the foursome transcend their hometown, particularly on the live-sounding Brave New Waves session. The session captures a young band still trying to find their voice, and showcases songs that would eventually end up on Dreamcake, but also includes rarer songs that only appeared on independent 7”s or promo releases, including the wonderful “More or Less.”

The Jale Brave New Waves session was recorded in the Spring of 1993 and first mixed by Andrew Frank at DNA Studios in Old Montreal. A later mix, which ended up being CBC Radio’s air version was done by Kevin Komoda on May 26th, 1993. The recording is taken from DAT copies of the original DNA master and remastered at Grey Market Mastering in Montreal, by Harris Newman.