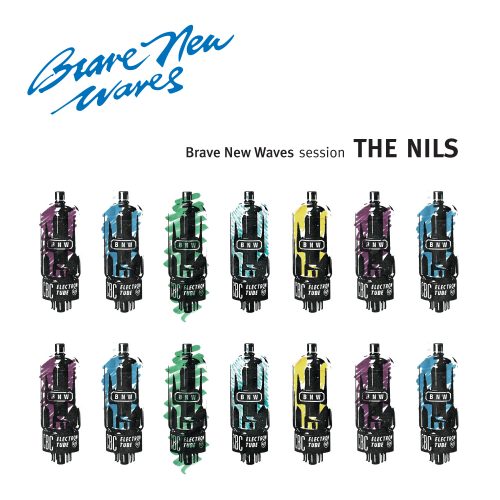 The Nils is a legendary name in punk circles in Montreal, and Canada more broadly. The band formed by Alex Soria in 1978 managed a couple of EPs, an album, and a best of, but this was enough to cement their status as Montreal’s best punk band of the 80s, and it landed them a Brave New Waves session in 1988 that is equally legendary.

Groups as diverse as the Goo-Goo Dolls, Meat Puppets, and Bob Mould cite the Nils as influences, and despite their underground status, the band did tour America at least seven times in the 80s, before their label, Profile Records, went bankrupt. Ultimately, their debut self-titled album sold over 50,000 copies and was recommended in Rolling Stone. The band’s brand of punk meets power-pop won over tons of fans. They even released a comeback album in 2015 that was well-received and covered by NOW Magazine, La Presse, the Montreal Gazette, and Exclaim!

The Nils’ Brave New Waves session was recorded on March 5th, 1988 in CBC Studio 13 in Montreal. The recording is taken from CBC Archives reels and remastered at Grey Market Mastering in Montreal, by Harris Newman.