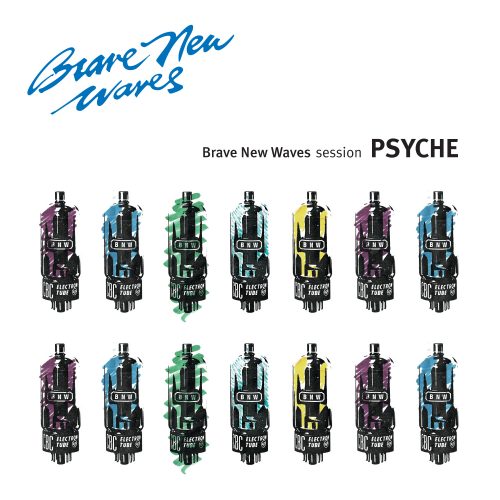 Recorded in 1988 and never before released, this session from Psyche includes songs that the band never recorded, as well as alternative takes with different lyrics that never appeared on any Psyche release.

A rare moment of uncertainty after Psyche’s final performance with Stephen Huss, Eric Klaver joined the band to create a trio on stage and produce the most obscure recordings of Psyche’s career. In 1988, Darrin and Eric found themselves in the studio with Kevin Komoda for a Brave New Waves session with only sketches of material they had improvised in between shows in Montreal and Quebec City. Aside from Eric’s reworking of “Unveiling The Secret” at the last minute, Psyche had a scheduled recording date with this prestigious program on CBC, and no idea how to go about fulfilling their potential session.

As well, Brent Bambury gives one of his most amazing interviews ever with frontman Darrin Huss after being postcard pals throughout Psyche’s initial recording time in Paris, where the Huss brothers created Unveiling The Secret. Darrin finally met his favourite broadcaster who played all his favourite songs, and inspired new discoveries while he stayed up late at night in his Edmonton home just to hear this awesome program.

An absolutely essential collection for fans of the Brave New Waves series, and for fans of the band. Available on black vinyl, limited edition yellow vinyl, as well as CD digipak and digital formats.