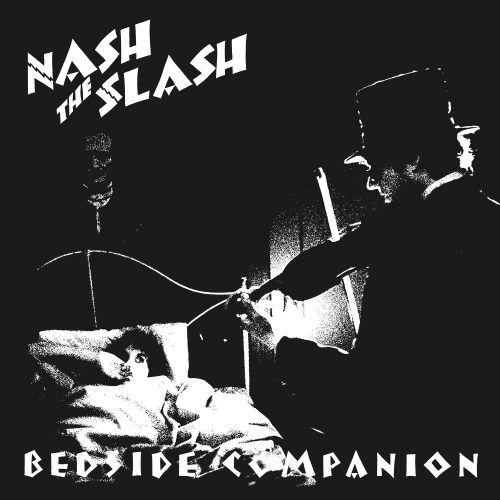 Nash the Slash’s debut 12″ came in the form of Bedside Companion, a four-track EP that Nash claimed was the first ever that could be played at two speeds (45 RPM and 33 1/3 RPM). Later, when the material was released on CD, both speeds were recorded to extend the EP to eight tracks. This eight track version never appeared on vinyl until now.