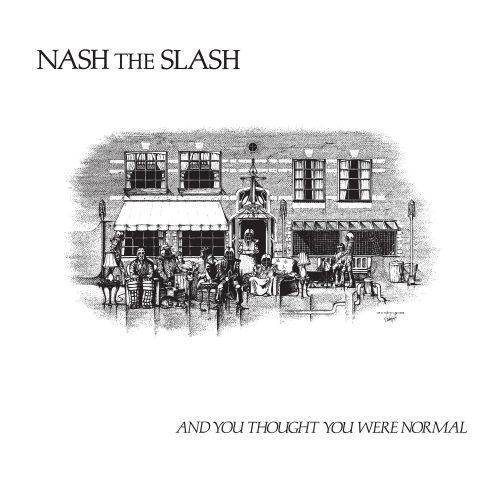 And You Thought You Were Normal

One of the greatest Nash the Slash albums now gets a vinyl reissue through Toronto-based Artoffact Records, including bonus tracks. The expanded vinyl edition comes on two LPs and includes a bonus Ab-Normal etching on Side D.

And You Thought You Were Normal was Nash the Slash’s second full-length and at the time blew away expectations of what a sophomore album could bring. With the radio hit Dance After Curfew and the incredible Vincent’s Crows alone, Nash cemented his cult status as an 80s new-wave legend. It is hard to imagine in hindsight that it would be his last original full-length for nearly a decade.

Years later, Nash would reissue Normal on CD with bonus tracks, including the haunting Lake Ontario Suites, originally recorded for Colin Brunton’s film “A Trip Around Lake Ontario,” as well as tracks recorded for the Bruce McDonald film Roadkill. Double vinyl release with Ab-Normal etching is available on black vinyl, and a Vincent’s Splatter version is being released for collectors (200 copies worldwide).