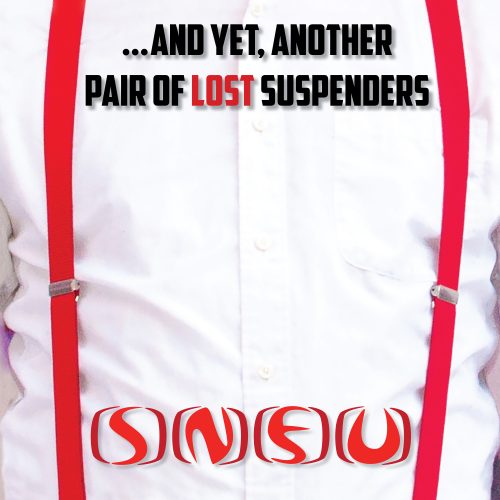 .​.​.​And Yet, Another Pair of Lost Suspenders

Canadian hardcore punk legends SNFU recorded this unparalleled concert shortly after their reformation and during their ascendancy to prominence in the early 90s, which culminated in their signing to Epitaph. Uncounted world tours, including support slots for Green Day, Bad Religion, Korn, and Tool followed, but arguably nothing beats the raw energy of the band in the early days.

The album was recorded at the infamous Foufounes Electriques club in 1992, straight off the board, and recently discovered in producer Kevin Komoda’s archive. The team at Artoffact Records, who have recently brought out the Brave New Waves sessions series, as well as killer quality reissues from the likes of Slow, Front Line Assembly, and Images in Vogue, lovingly restored and mastered the audio.