Reptilicus has stalked the fringes of the Icelandic musical landscape since 1988 and counts among the pioneers of electronic, industrial, experimental and noise music in Iceland. Taking its cue from the intricacies of industrial electronica, the creativity of krautrock, and Dada, Reptilicus have issued a number of releases on tape, vinyl, anti-vinyl and CD where experiments, noise, percussion, 8mm and wind instruments fuse in an electronic crucible.

“Reptilicus is a collaborative effort of two Icelanders who will take anything sonic from the environment and organize it into what might be called the semblance of music. Making “music” is not a primary goal and the main concern is with pushing the boundaries of what is considered “listenable” and to this end a variety of sonic sources are infused with new meaning. Using modern methods of synthesis, sampling and the electronic treating of various elements in combination with traditional instruments they make collages where the guideline is functional rather then aesthetic. Awareness of the fact that any reliance on a single approach, or the refinement of one single method, might in the end be self-defeating as it would lead to the stagnation which safety invites, has made them move between state of the art studios, basic recording environments and outdoor happenings where only simple wind and percussive instruments are being used.” 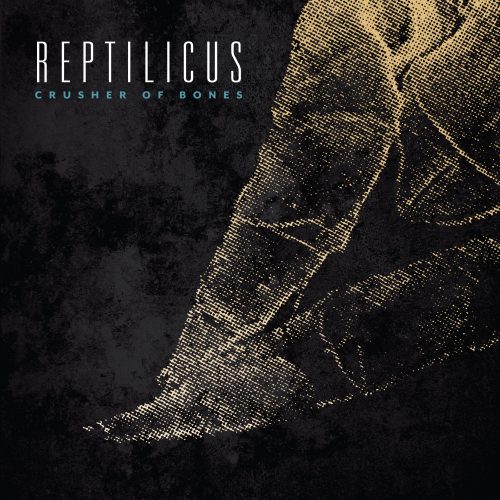