KAUAN was formed in 2005 by Anton Belov and Alexander Borovykh in Chelyabinsk, nearly 2,000 kilometers east from Moscow into Russia’s heartland. As a young, passionate music lover in a city lacking a music scene, Belov began writing music early, looking to the Ural Mountains and endless plains surrounding the city for inspiration.

As a teenager listening to European metal, Belov was drawn to the lyrical delivery of Finnish metal bands, whose vowel-heavy language made for powerful vocals both sung and screamed. He adopted Finnish for his then unnamed project, not just for its sonorous qualities, but because the meaning of the language, spoken by so few, wouldn’t color the listener’s interpretation of his music.

By the age of 16, Belov had written KAUAN’s debut LP, Lumikuuro, an atmospheric doom and black metal album Belov recorded with Borovykh and later released on BadMoonMan Records. He chose the name KAUAN—“For a long time” in Finnish—as it implied both the passage of time and anticipation. The album featured Belov’s somber and soulful clean vocals alongside sinister rasps, as well as many of the signature synthesizer tones and nature-evocative folk arrangements that would appear across subsequent KAUAN releases. It also established Belov’s unique ability to seamlessly contrast crushing metal and moments of quiet emotive introspection.
2015 saw the release of Sorni Nai, arguably KAUAN’s most ambitious work to that point. Sorni Nai chronicled the expedition of the nine doomed hikers who mysteriously died—killed by an “unknown compelling force” according to investigators—after disappearing in a blizzard in the Ural Mountains in what came to be known as the Dyatlov Pass Incident. Sorni Nai was conceived as a single piece of music, and brought KAUAN to new heights of cinematic musical storytelling, taking the listener through the innocent, idyllic outset of the hikers’ journey to the crushing, catastrophic end. The album received extensive critical acclaim.
KAUAN stepped away from their metal origins for their seventh album, Kaiho, which further evolved the band’s deeply moving atmospheric and introspective rock. The album focuses on the blissful nature of childhood and the transition to adulthood, when the weight of responsibilities and stark truths are realized. Lyrics for the album were written by the great Finnish folk singer Marja Mattlar. Marking a new beginning for the band in both sound and ambition, Kaiho was released on KAUAN’s own label kauanmusic in 2017.

In 2021, Kauan returns with a new label, Toronto-based Artoffact Records, to release the band’s most ambitious album to date: Ice Fleet. The album comprises a 43 minute long opus dedicated to the terrific story from the 1930’s northern shore of the USSR, where a flotilla of frozen ships were suddenly found by geologists. The story is based on real letters, articles and events, and the album is separated into seven narrative chapters carefully described with an included libretto. Together with the album, the band penned a 40 page tabletop RPG adventure to interact with the story. It is available in print together with limited LP and CD versions of the album, as well as a gorgeous selection of merchandise. 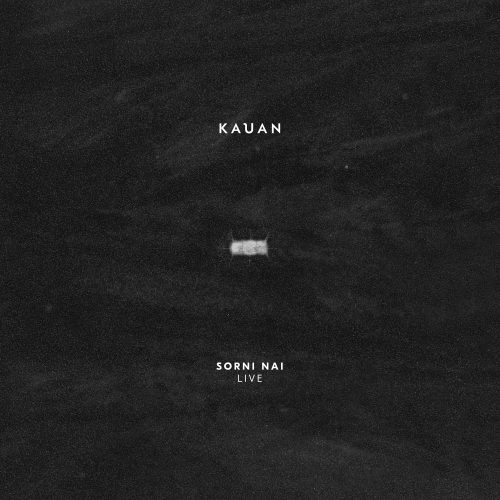